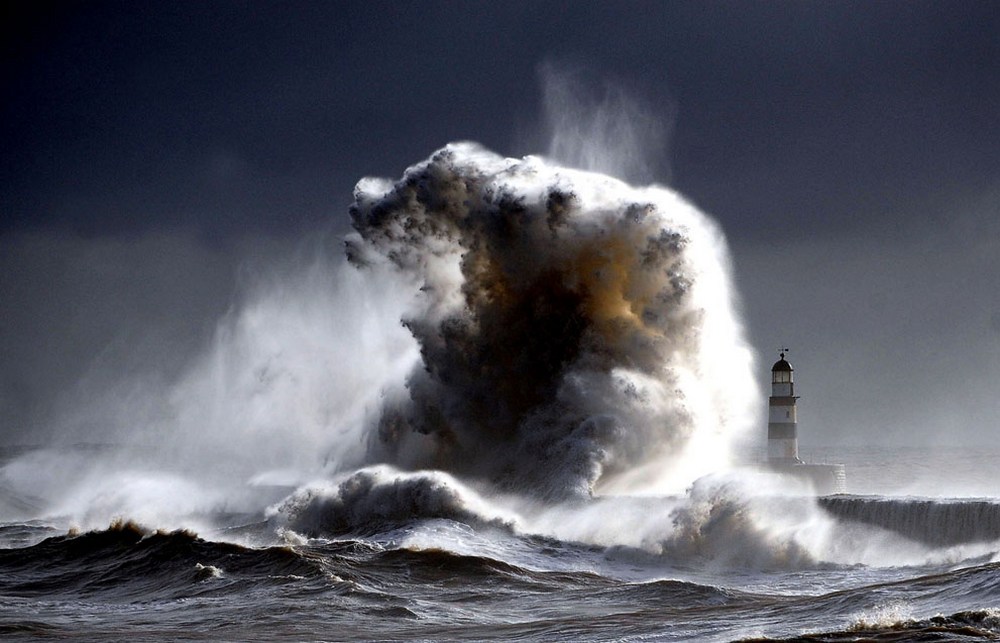 A raging sea dwarfs Seaham Lighthouse in County Durham in England, with 100 ft waves after a cold front moved down from the north bringing freezing temperatures to the North of England by Owen Humphreys. 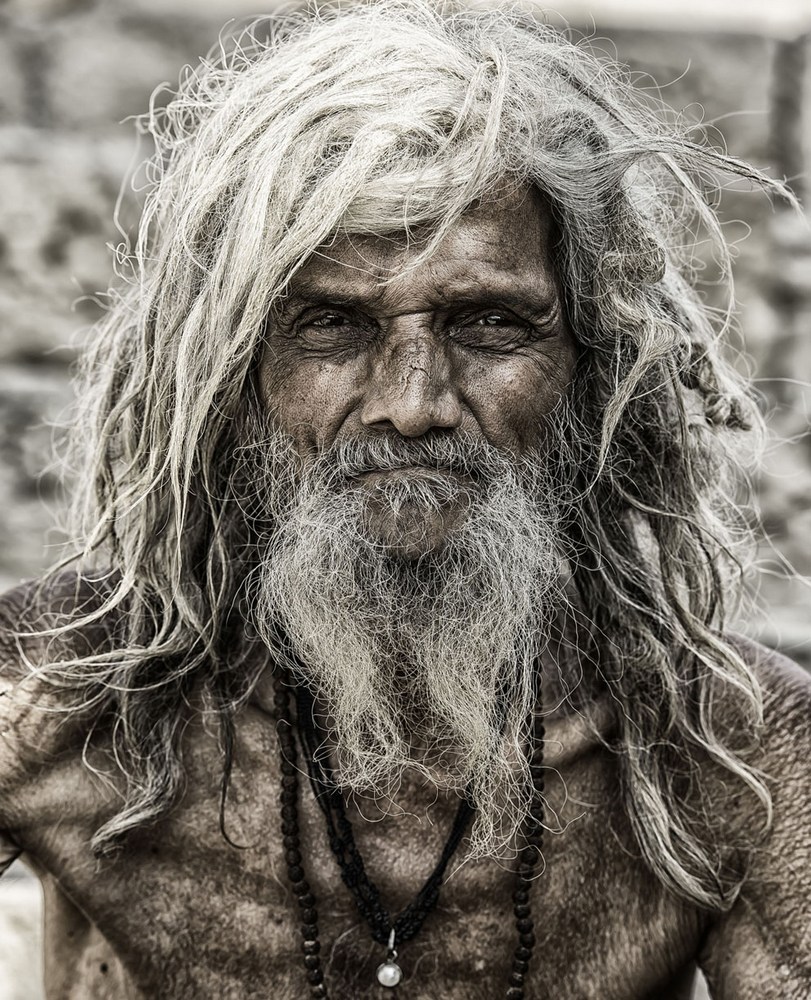 A Sadu pilgrim from Varanasi, India by Craig Stevenson. 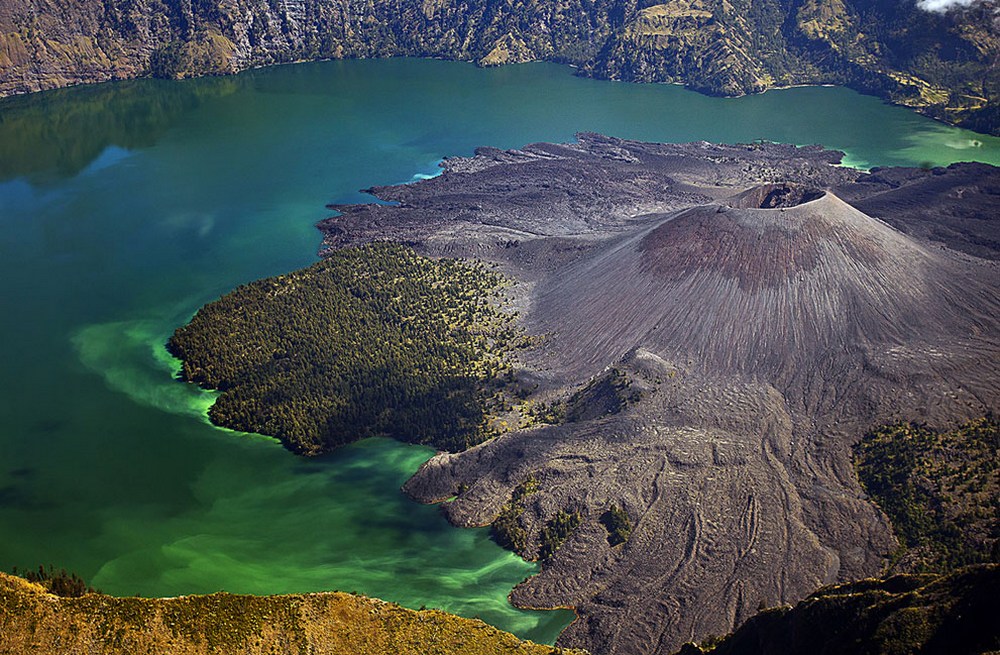 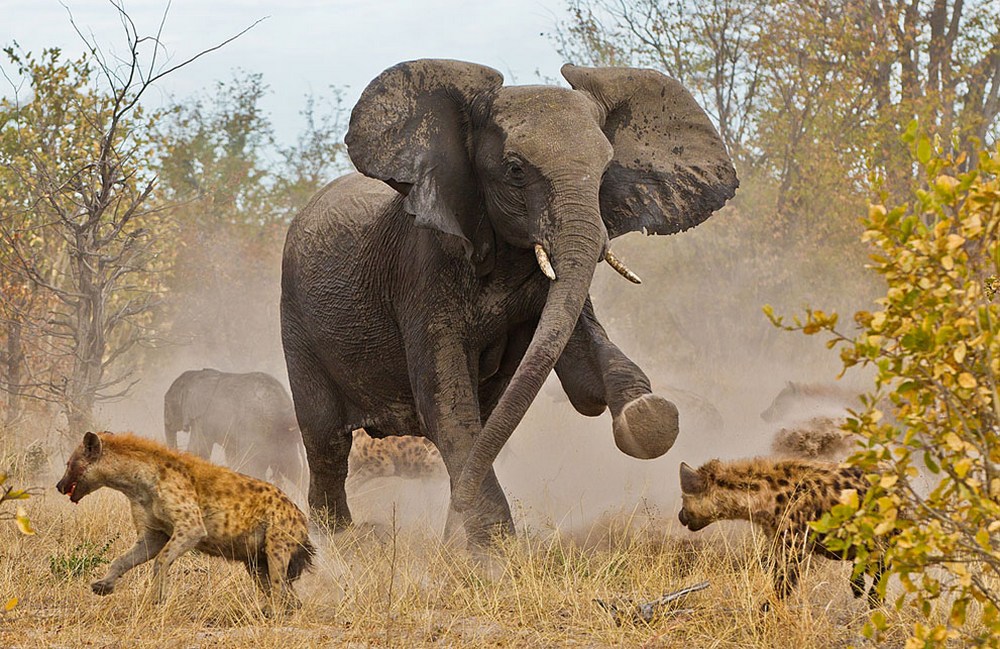 A group of 12-14 hyenas were chasing a herd of 7-8 elephants. The elephant herd included 2 adult females, a few teenagers, and a baby that was a few days old (belonging to one of the adult females). The hyenas were trying to get at the baby. In this picture, the mother is kicking at the hyenas by Jayesh Mehta. 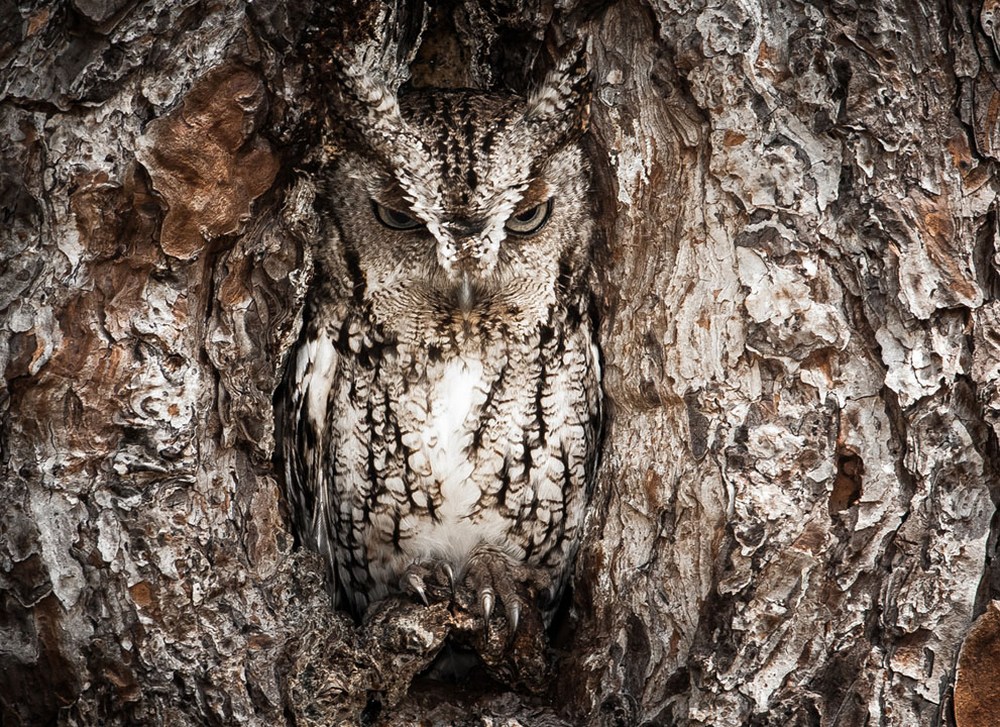 Masters of disguise. The Eastern Screech Owl is seen here doing what they do best. You better have a sharp eye to spot these little birds of prey by Graham McGeorge. 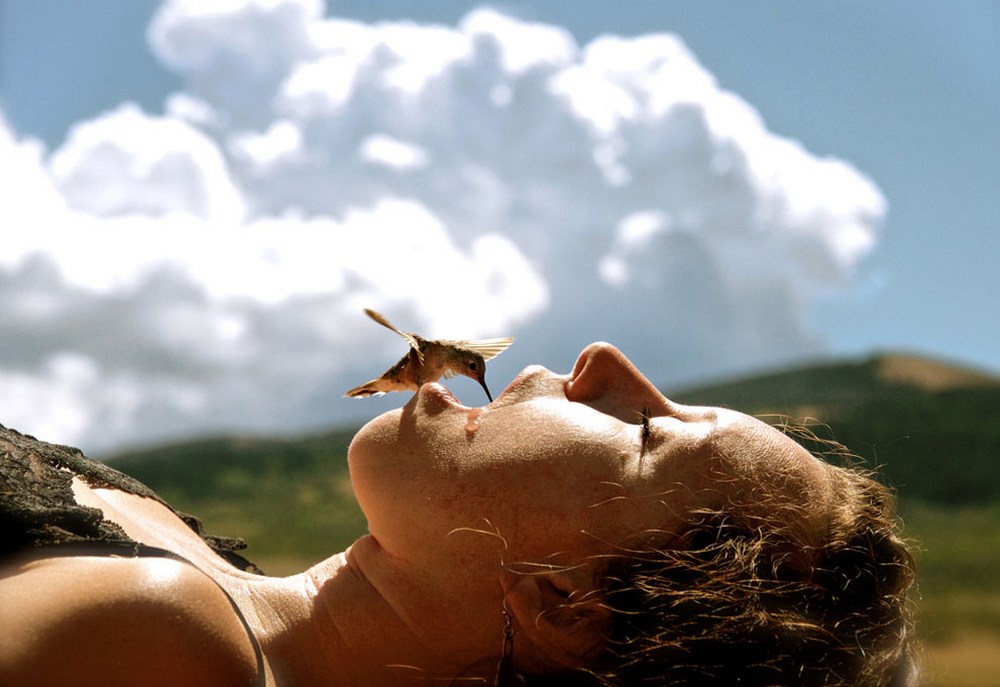 A very hungry humming bird drinking from the mouth of a person in Wyoming during an extreme drought in 2012 by Sundell Larsen. 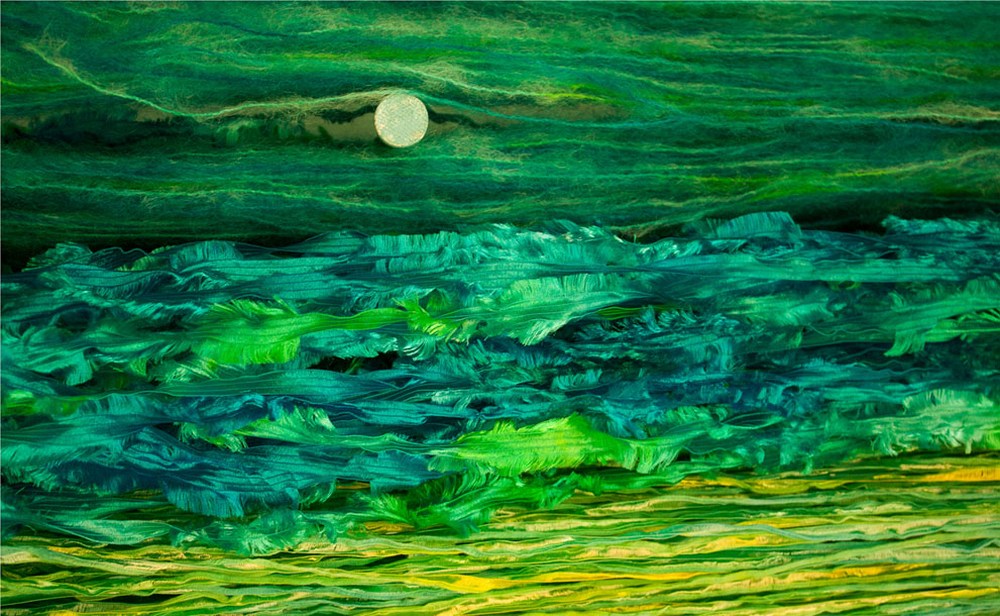 This picture is not a photo of painting, landscape nor I have used any Photoshop except minor cropping, rotation and converting from raw to jpeg. It is colored threads/wool hanging from the wall in an amazing way with a nail head coming out in between. I tried to create a feeling of moon and sea by Aditya Vardhan Tibrewala. 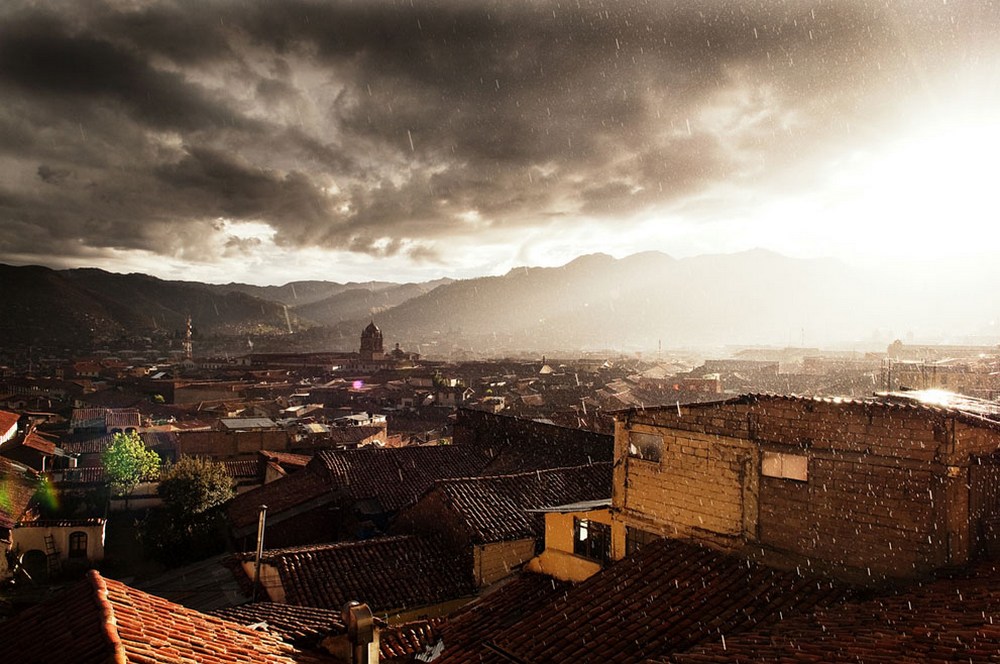 The view from our hotel room in the San Blas district of Cusco. This area of town overlooked the rest of the city and gave us a breathtaking view as the sun and rain mixed one evening by Blake Burton. 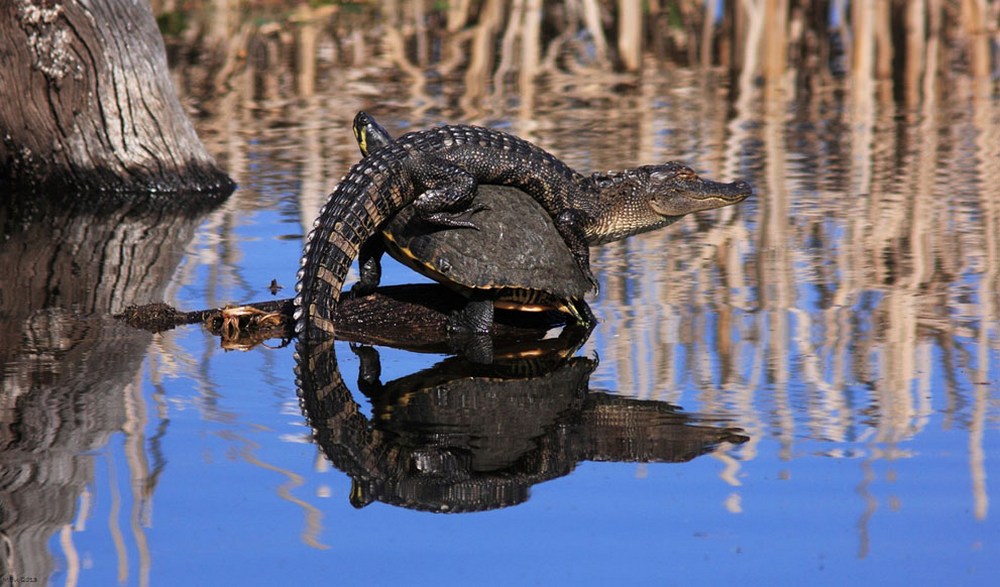 I have seen alligators and turtles together in ponds before, but never like this! I was at Bluebill Pond in Harris Neck NWR when I saw what I thought was an alligator sunning itself on a stump. As I got closer I realized that it was actually perched on the back of a turtle! I wish I had been there to witness how this surprising esprit de corps had came to pass! by Mary Ellen Urbanski. 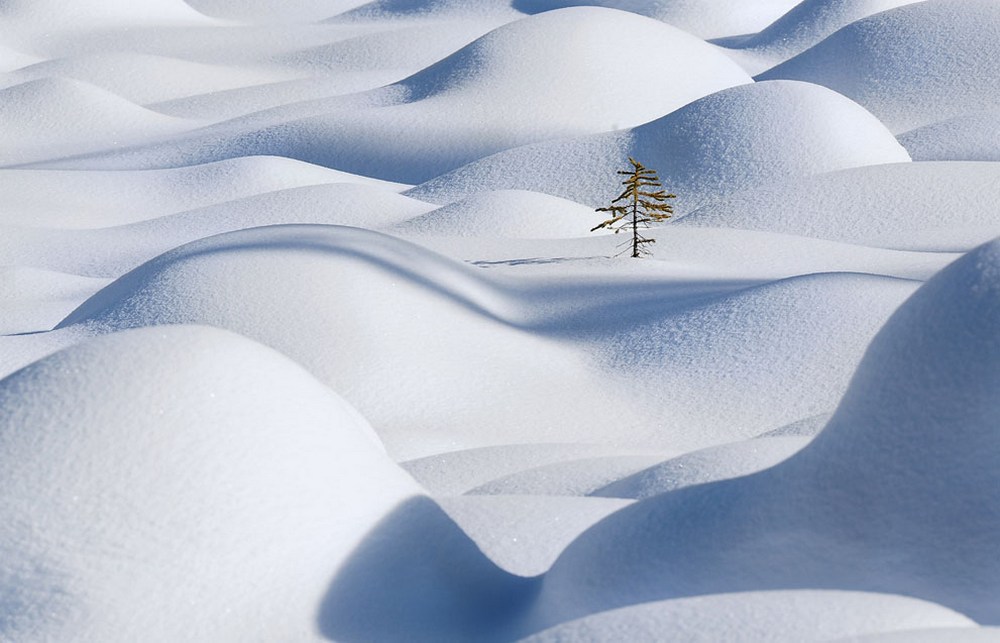 Imagine yourself as this lone tree, standing in the snow waves. Jasper National Park, Alberta, Canada by Victor Liu. 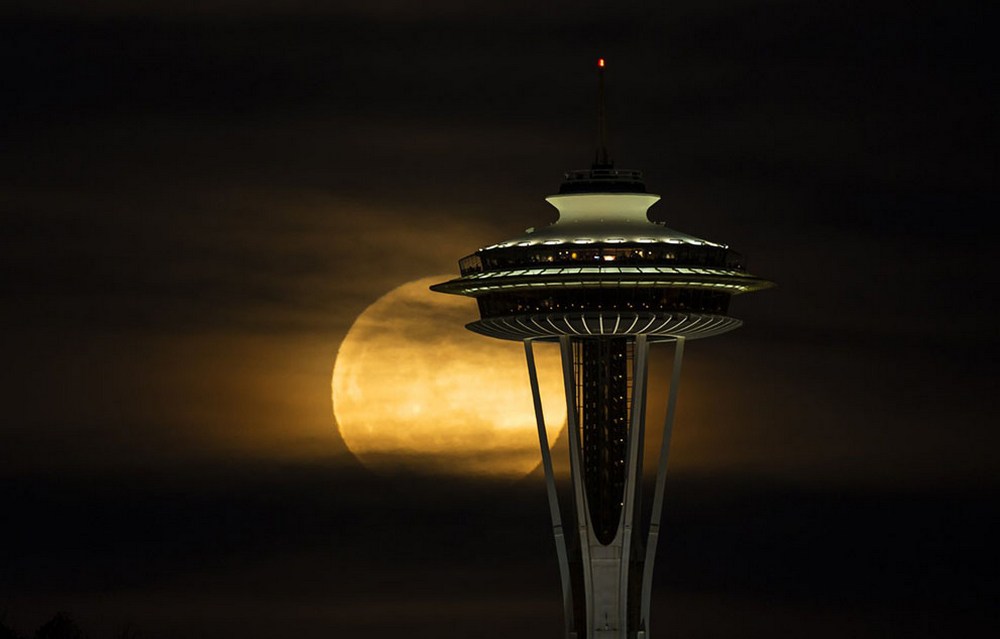 Living in Seattle I am spoiled by its beautiful skyline and the iconic Space Needle. This was not my first attempt capturing the moon with the Space Needle. After one failed attempt, I went back the next day for a second attempt and was treated with perfect conditions. As the moon rose above the horizon I was in disbelief as to how big it was, dwarfing the entire Space Needle observation deck by Hai Nguyen 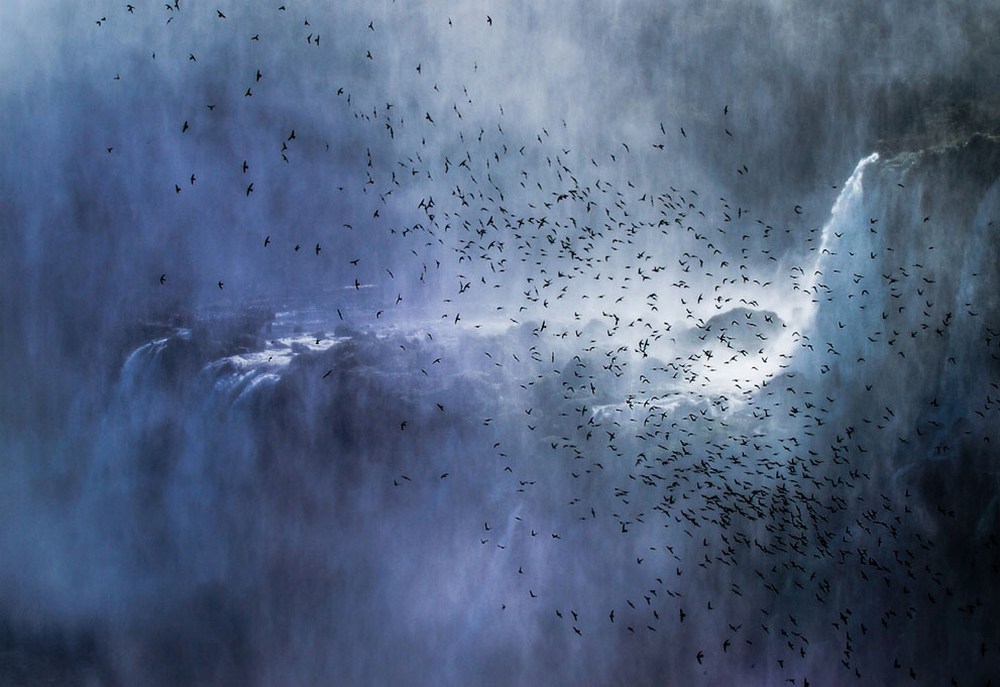 This picture was taken at the majestic Iguazu Falls, Misiones, Argentina. The flight of this flock of swifts across the huge waterfalls portrays the sense of freedom and wildness that belongs to this fantastic world wonder by Francesco Filippo Pellegrini. 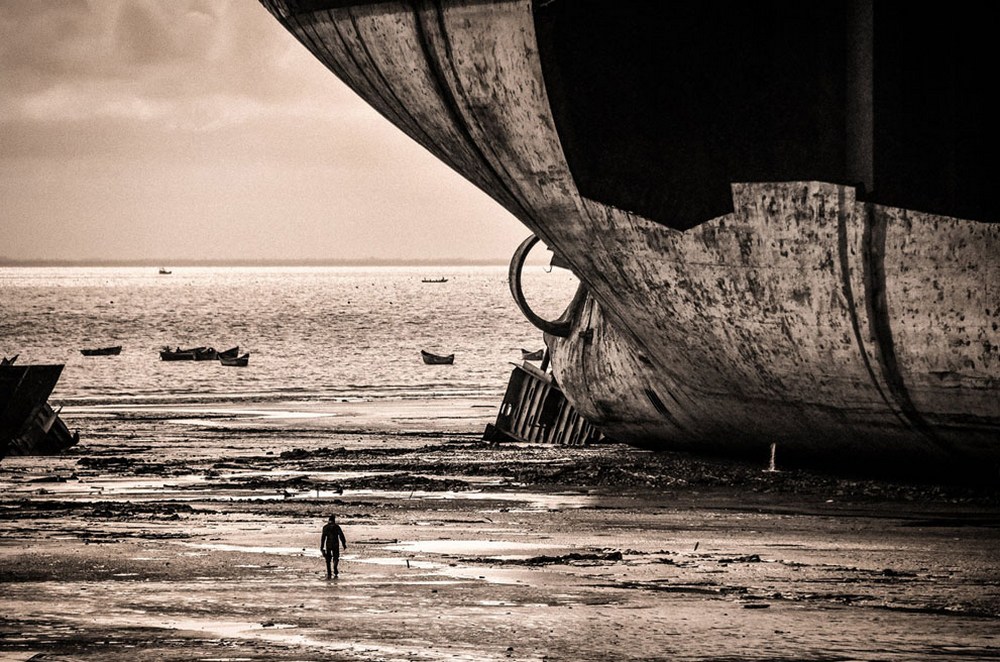 Tearing down a super tanker on a shoe-string budget. A gas torch, a tow line and human labor force, Sitakunda, Chittagong, Bangladesh by Lee Chong Kuang.